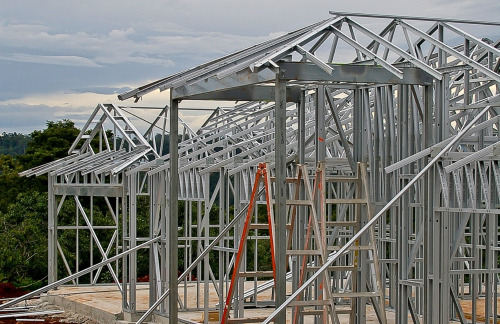 Traditionally, many construction companies used wooden studs to build almost everything, however, professional contractors are taking to metal stud installation instead. In spite of the evidence, the debate between metal stud framing and wood framing continues.

If you’re thinking of giving your basement or home a makeover, you may want to consider the benefits of steel framing techniques.

Commercial contractors prefer metal for various reasons. Metal studs are hollow, therefore, they weigh 1/3 less than wooden studs, take up less space, easier to transport, and store. They are also easier to cut and leave virtually no debris behind.

Wood holds moisture and this can lead to mold, warping, and rotting studs. Moving a metal stud in the case of an error is easier because of the screws. Nonetheless, there are some disadvantages to steel framing.

Steel framing can be costly. Metal stud prices are at least 15% higher than wooden studs. Still, metal studs easily make up for the cost in other areas, but that’s not all.

Metal stud framing can withstand high winds which makes it ideal for areas like the Gulf Coast, California, East Coast, and Hawaii. Steel doesn’t warp, split or shrink. Because of this, there’s no chance of nails popping or drywall cracking. If this is your first time working with metal, we suggest getting a few steel framing tips before installing.

How To Use A Flat Finishing Box